Cheam LTC is a recognised Surrey LTA Performance Centre. Our performance programme, led by Shaun Malcolm, has grown to be one of the best in the county.

Shaun is a well respected performance coach in the UK and has been managing coaching programmes and teams to deliver excellence in tennis from grassroots to international level. His well planned programmes have put the attitude of the player and character development at the forefront. As former Head Coach of Sutton Tennis Academy he is highly experienced in developing successful player pathways.

Shaun is a former LTA/BTCA ‘Young Coach of the year’ and is the current Surrey U14 Boys County Manager. Before completing a degree in Sports Science and a masters in sport psychology, both at Loughborough University, he competed as a national level junior and was a member of Judy Murray’s Scottish squad.

Recent results from Shaun’s players include a national champion, national finalist, and 7 champions at the 2018 Surrey County Championships. As a dedicated life learner he will look to grow from these experiences to offer his players an even better service in the future. He looks forward to getting on court with the players at Cheam LTC. 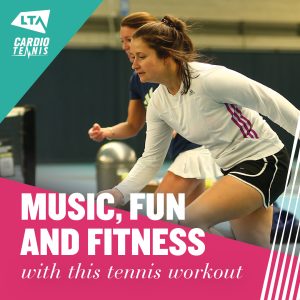 Come and try out a Cardio Tennis Class at Cheam LTC

A fun, sociable group fitness class set on a tennis court and open to people of all ages and abilities.

Following the announcement on 4 January of new national lockdown restrictions to be introduced, Cheam LTC can confirm that regrettably we will need to close until further notice.

We look forward to welcoming our members back on the courts soon!

Cheam LTC will remain open in tier 4, but with some limits.

Get the latest guidance for tier 4 restrictions at bit.ly/34sZna6 ... See MoreSee Less